Prior to Disney, Beth was senior vice president of conservation, science and education at Zoo Atlanta. Beth started her career as a curatorial intern at The National Zoological Park in Washington, DC. Beth currently serves on the Jane Goodall Institute Board of Directors. Beth served as President and Chair of the Association of Zoos and Aquariums (AZA) in 2006, and served on the board from 2000-2007. She has also served on the boards of the International Rhino Foundation and Trinity Preparatory School, Winter Park, FL. Beth received her bachelor’s degree in Zoology at Duke University and went on to study behavioral physiology as a German Academic Exchange student at the University of Tuebingen, West Germany. She completed her Ph.D. at the University of North Carolina at Chapel Hill in Biology. 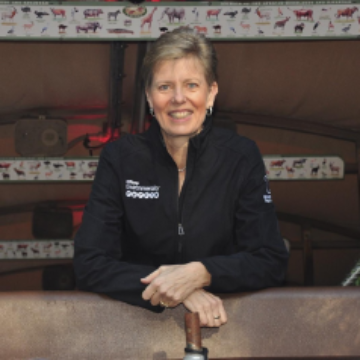