Tom Staggs is an accomplished executive with more than 26 years of experience at the Walt Disney Company whose iconic brands include Disney, Pixar, Marvel, Lucas Film, ESPN, and ABC. Mr. Staggs was most recently the Company’s chief operating officer, having previously served for five years as chairman of Disney Parks and Resorts Worldwide and for nearly 12 years as Disney’s chief financial officer. During his time at Disney, Mr. Staggs helped shape Disney’s creative, strategic, financial, operational, and brand management strategies across every segment of the company and helped spearhead many of Disney’s most important initiatives including the acquisitions of Cap Cities/ABC, Pixar, and Marvel and the development and construction of Shanghai Disneyland.

Mr. Staggs currently serves on the board of directors for Spotify. Since departing Disney in 2016, Mr. Staggs has focused on helping develop several promising new business ventures. He is executive chairman of Vejo, a pioneering start-up in nutrition. He is a co-founder of CAMM, an early stage company focused on creation, manufacturing and distribution of eco-positive water-soluble plastic substitutes for use in packaging, utensils, and other applications. In addition, he serves as board chairman for PureForm Global, a maker of non-cannabis-, non-hemp-derived CBD and other cannabinoids.

Before joining Disney, Mr. Staggs was an investment banker at Morgan Stanley and Dain Bosworth. He holds an MBA from the Stanford Graduate School of Business and a bachelor’s degree in business from the University of Minnesota’s Carlson School of Management. He and his wife Melanie have three sons and live in Los Angeles. 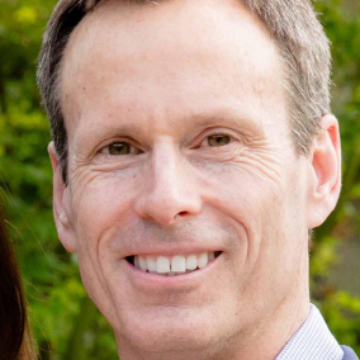